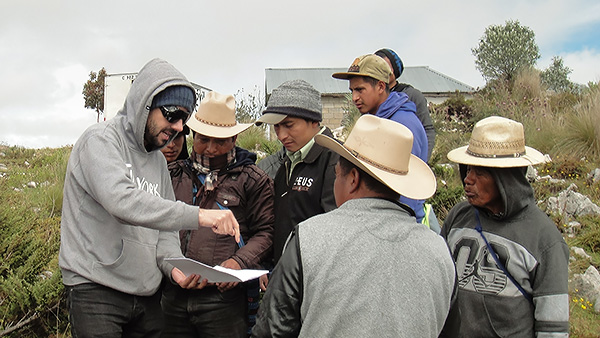 FogQuest volunteers Tony Makepeace and Nicolas Zanetta recently oversaw the construction of the first two of five new large fog collectors in the rural settlement of Tojquia, Guatemala. The local people are participating in the construction.

The very capable men and women in the village have now completed all five collectors. Each collector will now provide between 200 and 400 litres of fresh water daily.

Melissa Rosato and Fernanda Rojas have just returned from a successful working trip to Tojquia. Two new Large Fog Collectors (LFCs) were built for families. This brings the total to 30. They also purchased and moved materials for up to eight more LFCs to be built in the next few months and did maintenance on some of the existing LFCs. It is very satisfying to see that the community now is able to build the fog collectors on their own, with minimal supervision. It has proven to be a viable and effective means of providing clean water and there remains a list of families who would like an installation on their property. The current total daily fog-water production is estimated to be about 6000 liters. To check the collection rates Melissa and Fernanda also installed three Standard Fog Collectors (SFCs).

This project has continued to progress through the commitment of the families in Tojquia and the dedication of the FogQuest volunteers. Additional large fog collectors (LFCs) and water storage tanks were added in both 2008 and 2009. Melissa Rosato is leading the FogQuest team with help in the construction from Fernanda Rojas from Chile and Rick Taylor (a FogQuest director) from Canada. We are planning our next construction phase for December 2009.  There are currently 28 LFCs in Tojquia producing an average of over 5000 liters of clean water per day for 27 families. About 127 people, and their animals, are benefiting from this water supply. The approach of providing individual LFCs for families has proven to be a sound methodology for Tojquia. The LFCs are maintained by the people and there is a waiting list of families who wish to have their own fog collector. All of the original LFCs from 2006 are still working well. The water is stored in new 3000 liter plastic water tanks on the family’s own property, a short distance from the house. The work to be done in December is made possible because of a generous donation from the Kamloops Hybrid Interact Rotary Club in Canada. We are grateful to this club of young high school students who raised the money for the project through a variety of club activities. We would also like to thank the students and staff of Rothesay Netherwood School in New Brunswick, Canada for their work and support of the project during their working visit in March 2009.

A major effort was made in June of 2007 to increase the fog-water supply in Tojquia. Six new, large fog collectors were added to the existing four and there are now ten families with about 50 people in total getting their water from the fog collectors. Virginia Carter from Chile and Rick Taylor from Canada led the FogQuest team. There was excellent participation from the families and a demand for more LFCs that we hope to be able to provide in 2008. Generous contributions from the Grimsby Rotary Club and St. Francis Catholic Secondary School in St. Catharines, Canada, made the work possible. We would also like to thank MacNab Street Presbyterian church in Hamilton, Canada, for their very helpful contribution. Marco Antonio Ortiz and other Rotarians in Guatemala City were of tremendous help with the logistics. Melissa Rosato was in Tojquia in August to check on the project and to participate in a community meeting. Everything was in very good shape and the people continued to be happy with their water supply. There are some pictures and a write-up in the October 2007 issue of the FogQuest Newsletter. At the end of the summer and the start of the dry period, all of the families had full tanks of water. Melissa prepared a list of additional families that would benefit from fog collectors as well as details on surrounding mountain communities that we could consider working in. FogQuest is currently preparing for a major expansion of the Tojquia project in August 2008 with the addition of 12 more LFCs and family storage tanks. We are finalizing details now with a partner organization. It is possible, if funding is available, that we would be in the community in April 2008 as well to add fog collectors, and possibly some rainfall collection systems to store water from the rainy summer period for use by the animals and for the gardens. Your continued support is important and makes a huge difference to what we can achieve.

Four large fog collectors (LFCs) were built in Tojquia in October 2006. The community suffers from severe water shortages in the dry season when the only sources of water are in valley bottoms at a considerable distance from the homes. LFCs in this mountainous area are expected to produce an average of about 4 to 6 L m-2 day-1 during the dry season, based on previous measurements. Data from July 2006 gave a monthly average of 11 L m-2 day-1 in the middle of the rainy season. The four LFCs were built under the supervision of FogQuest staff, with labour provided by the landowners and their families plus work teams from the community. The total collection area installed was just under 160 m2. The water from each pair of LFCs was delivered to a 3200 L plastic tank. It took less than three weeks for the tanks to fill and they remained full through the winter period and were still full at the end of March 2007, even with continuous use by the families.

Guatemala is in Central America at about 14°N latitude and, therefore, in the Tropics. The country has coastlines on both the Pacific Ocean and the Caribbean Sea. Inland the topography is rugged with extensive mountain ranges. Cities and villages are found both in valleys and on mountain ridges and slopes. The Western Highlands is a region that borders Mexico and is a one-day drive from the capital of Guatemala City. The terrain where the villages are located ranges from 1500 to 3500 m elevation. This is sufficiently high that the winters are cold, especially at night, and windy, foggy, and quite dry. The summers are hot and rainy with the possibility of severe weather and intense thunderstorms. The goal of the FogQuest projects in the Western Highlands is to provide a supply of clean water to small rural villages. The first two of these are La Ventosa and Tojquia. Tojquia is in the Cuchumatanes Mountains at an elevation of 3300 m and is 15 km from La Ventosa, which is at a somewhat lower altitude.

The fog water project in Tojquia is part of a larger initiative in the Western Highlands. The early work was supported by Rotary International, in particular the Grimsby Rotary Club in southern Ontario, Canada, and other clubs and individuals in the Niagara Region of Ontario who made contributions to the projects. It has also received assistance from Rotary Clubs in Guatemala City and Huehuetenango. 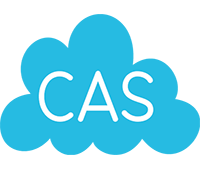